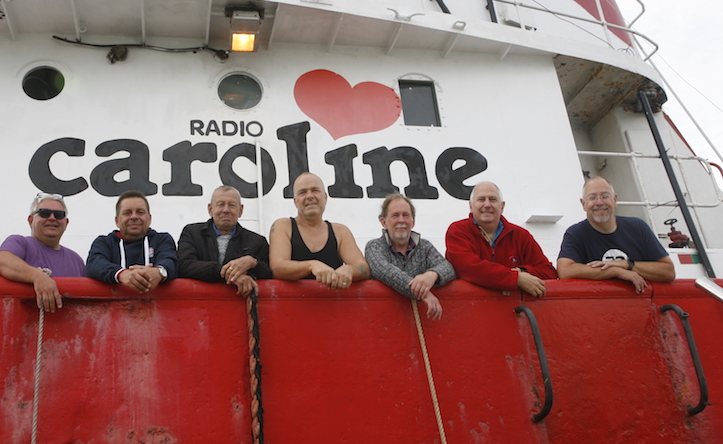 The Martello Tower Group have now successfully activated MV Ross Revenge three times, in August 2016, 2017 and 2018.  The Ross Revenge has been the home of the world famous Radio Caroline since August 1983.

Radio Caroline still broadcasts via the Internet and once a month, live transmissions are made from Ross Revenge via the 20kW AM transmitters at Manx Radio in the Isle of Man on 219 metres / 1368kHz or via the internet.

Amateur radio has played an important part in the history of Radio Caroline and we're proud to be able to continue that tradition on now.

Here are a couple of videos showing the initial setups from our 2016 activation.

For more information about Radio Caroline, including how to join the Support Group and help keep the station on the air and Ross Revenge afloat, please see the website.  Radio Caroline's main running costs are covered from Support Group subscriptions and donations.