MB7UA was originally a very simple digipeater with TNC and wireless running as a RELAY digipeater. On 17th November 2018 at 15:10z, it was upgraded to a Microsat PLXDigi which fully supports the New n-N Paradigm.  It transmits using 10W ERP from the centre of Clacton-on-Sea. 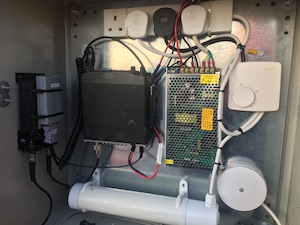 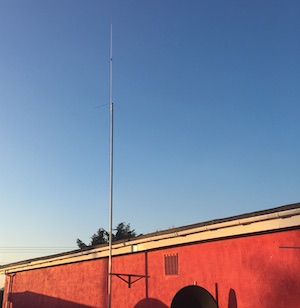 MB7UH is an APRS digipeater which is co-sited with the GB3CE repeater at the site of the Colchester General Hospital (JO01kv).  MB7UH runs 10 watts ERP from a dipole approximately 100ft above the ground.  The site itself is 260ft ASL.

In late November 2017, the PSU which powered the Tiny-2 and Kenwood TM-261 failed after around fifteen years of operation.  We took this opportunity to replace the old MB7UH which was UI-View32 on a PII-233 PC with AGWPE providing the interface to a Tiny-2 TNC.

At 14:56z on the 5th January 2018, MB7UH came back on air using a Microsat PLXDigi, connected to the same Kenwood TM-261.  This has all been built into a single box, taking up much less space than the old PC/TNC combination.

MB7UH provides a much needed link along the A12 corridor and into Colchester. 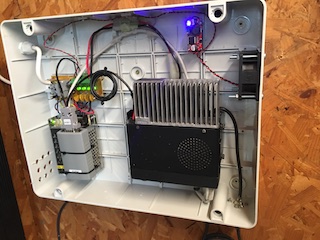 MB7UIV was the first licensed gateway in the UK which provided a link between the internet and the UK packet APRS network on 144.800MHz.  It closed in June 2010 following over ten years of almost continuous operation.  MB7UIV was owned and operated by Keith, G6NHU who was well known for his involvement in the UK AX25 packet radio/APRS network in the early days.

MB7UIV returned on the 8th February 2017 as an RX only iGate, again operated by Keith, G6NHU.